Based on the Panigale V4, the super-naked Streetfighter V4 promises thrilling performance. 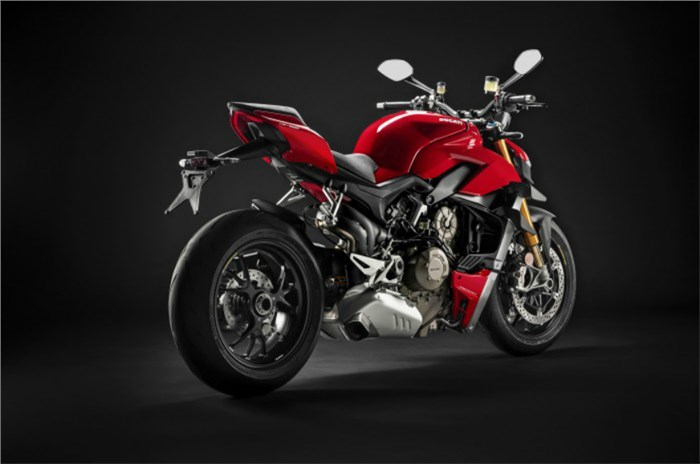 Ducati has unveiled the new Streetfighter V4 and V4 S at its annual event, the Ducati World Premiere, which is usually held a few days before the EICMA in Italy. The new Ducati naked is available  in the standard Streetfighter V4 trim and the higher-spec V4 S, which gets Ohlins electronic suspension, Ohlins steering damper and lighter and Marchesini rims.

The new super-naked is based on the Ducati Panigale V4, a superbike that took the world by storm with the depth of it abilities and performance. So, in essence, the Streetfighter V4 super-naked is a Panigale V4, sans the fairing, and is equipped with a high and wide handlebar for more street-oriented ergonomics. Ducati seems to have done a good job of ensuring that the transition from supersport to super-naked isn’t jarring to the eyes.

The Streetfighter V4’s design is quite menacing and that’s apparent when you look at it head on. The sinister-looking full-LED headlamp, says Ducati, has been inspired by the grin on The Joker’s face, the antagonist in the Batman comic strip series. And if that’s not enough to give you an indication of the intent of this super-naked, the Panigale V4-style LED DRL above the headlamp further highlights the aggressiveness of the design. While the headlamp area is new, the fuel tank and slim tail piece is identical to the Panigale V4’s, except for some minor re-profiling to accommodate a pillion seat for someone who’s brave enough. But the bits that are specific to the Streetfighter are the new biplane wings developed by the aerodynamicists at Ducati Corse (the company’s racing division). These aerofoils have been designed to generate downforce at high speeds, as much as 28kg at 270kph, and also help reduce the floating front effect that occurs while whacking the throttle open and barrelling down the road. Ducati says the wings also aid stability while braking, turning into a corner, and reduce the level of electronic intervention. Speaking of which, Ducati has lifted the entire six-axis IMU-based electronics suite straight off the Panigale V4!

Going by the stonking performance of the Panigale V4, the Streetfighter V4 is expected to offer equally thrilling performance from its 1,103cc, Desmosedici Stradale, V4 engine that produces 208hp at 12,750rpm and 123Nm of torque at 11,500rpm. And if you think that’s not enough, Ducati will also sell you a full Akrapovic exhaust system that bumps up power to 220hp and the torque to 130Nm. The kerb weight of the standard version is 201kg while the S version weighs 199kg. Ducati has also tinkered with the fuel and throttle maps to suit the characteristics of the Streetfighter, in keeping with demands of riding on the street.

While the Streetfighter V4 S is loaded with top-level suspension, the standard V4 isn't poorly kitted. It gets Showa Big Piston Fork at the front and a Sachs monoshock at the rear (both fully adjustable), as well as a Sachs steering damper.

Both models get Brembo’s top-drawer Stylema Monobloc calipers and twin 330mm discs at the front and a 245mm disc and two-piston caliper at the rear. The braking system is governed by the IMU and Ducati Cornering ABS EVO electronic aid.

Overall, the Ducati Streetfighter V4 and the Streetfighter V4 S are Panigales without the extremely committed riding position. With no fairing to tuck in behind, at high speeds, it'll be quite intriguing to experience what it’d be to hang on to a 200+hp missile. For now, we’ll wait for Ducati to launch the Streetfighter V4 in India, which should happen next year. 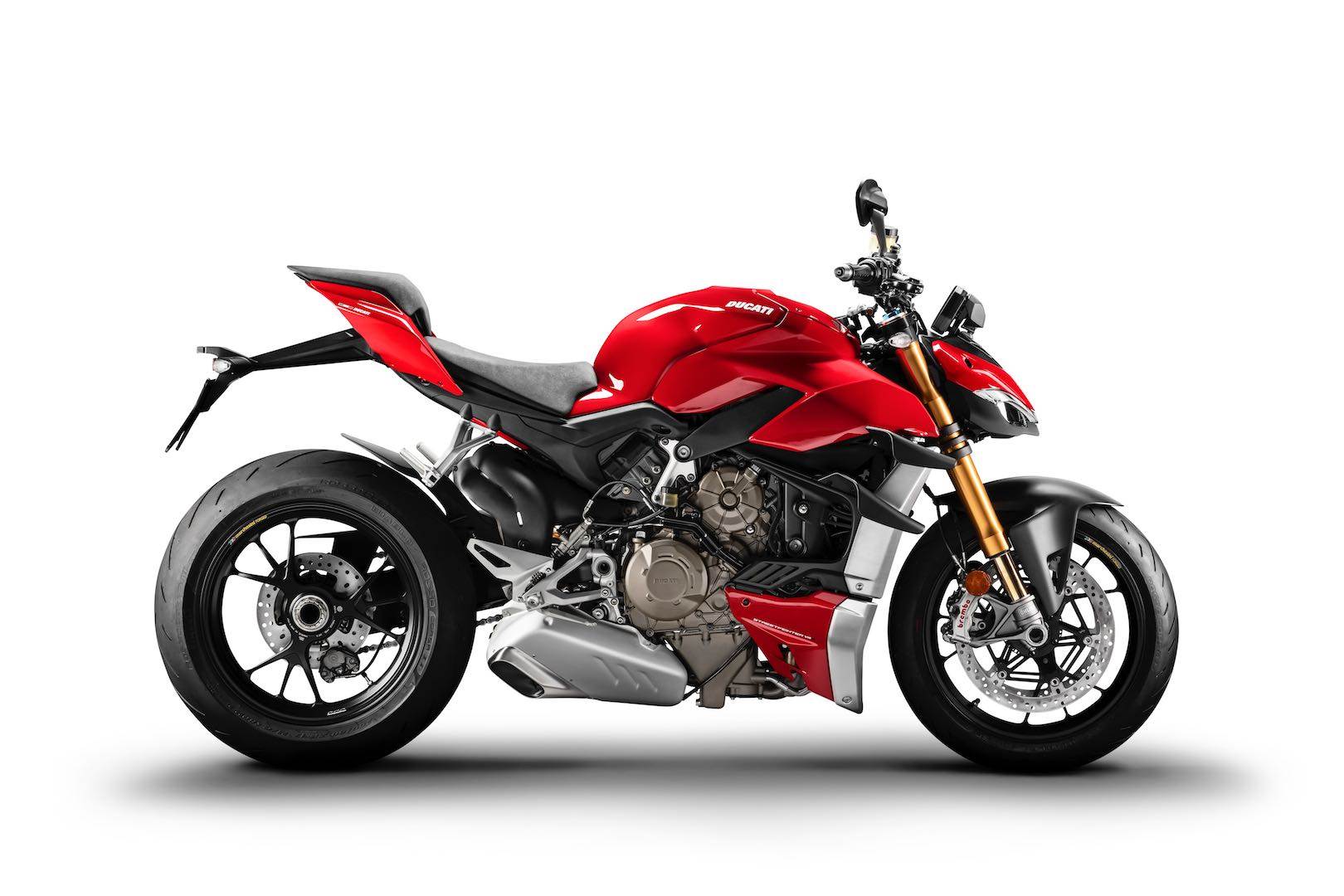