Aprilia’s latest scooter offers maxi-scooter styling along with a much needed boost in comfort and practicality. 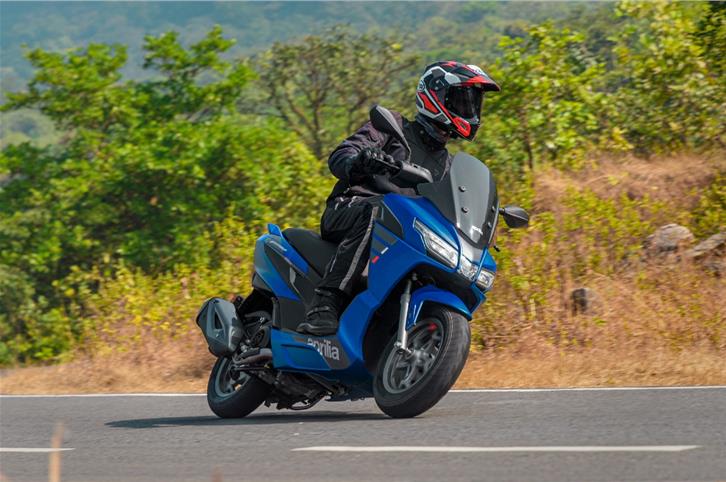 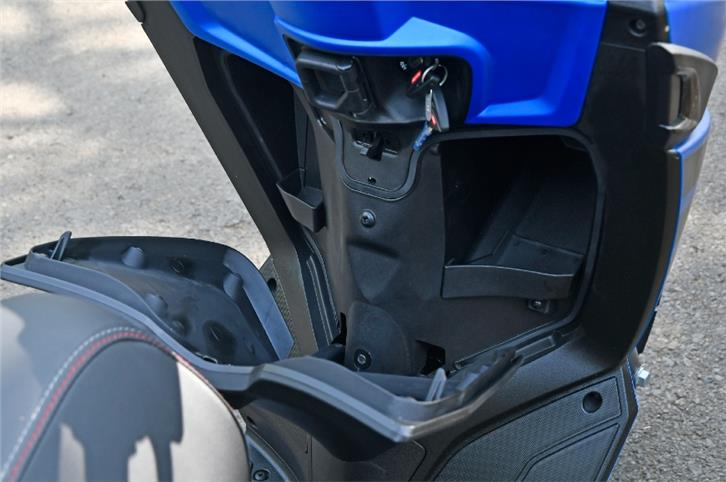 Think Italian automobiles and there’s three things that pop up - style, sportiness and a price tag to match. Aprilia’s latest SXR 160 is all that, but the big question is whether it can also offer a sense of comfort and practicality that's been sorely missing in the Aprilia range so far. Well, Aprilia conducted a launch event (almost forgot those were a thing!) in Lonavala for us to find out.

As refreshing as it was to finally be back at a proper two wheeler launch, masks and distancing notwithstanding, it was even nicer getting to look at this new scooter. It's been four years since the Aprilia SR 150 (now 160) launched in India, and it’s been my favourite scooter design since, but the SXR might just have beat it. 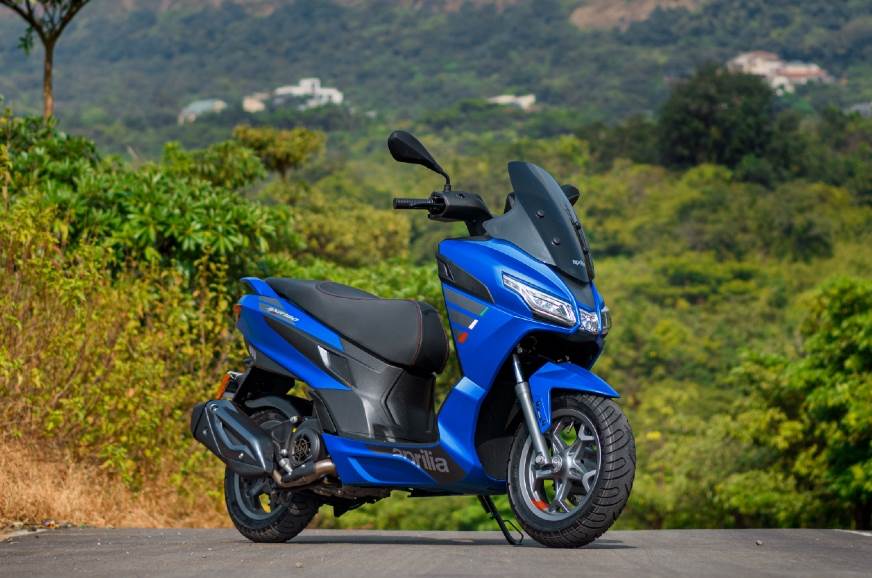 It’s all in the face and the new Aprilia SXR 160 proudly wears a sleek full LED headlamp set up that looks like it was ripped straight off the hot new RS 660 sportbike. The company tells us that these are class D LED lamps, which means they should be nice and powerful, but we’ll have to put that to test later. Crowning that handsome mug is a large smoked windscreen whose sheer size plays a significant role in making the SXR look much bigger than it actually is.

The body work flows to the rear through a series of kinks and creases and culminates in a full-LED tail lamp. There’s a large seat that works in conjunction with a sizable grab handle that simultaneously manages to look sleek, but remain functional. Unlike the SR with its unique 14-inch-wheels, Aprilia has chosen to go with 12-inch alloys at both ends, and these are undoubtedly the sexiest you’ll find on any scooter in the Indian market.

There isn’t a disappointing angle on this scooter and the rider gets to look at a new LCD display that’s large, well laid out and very informative for a scooter. You’ll get to look at a rev counter, external temperature gauge, two trip meters, a distance to empty meter, real time fuel efficiency meter and a battery voltage indicator. 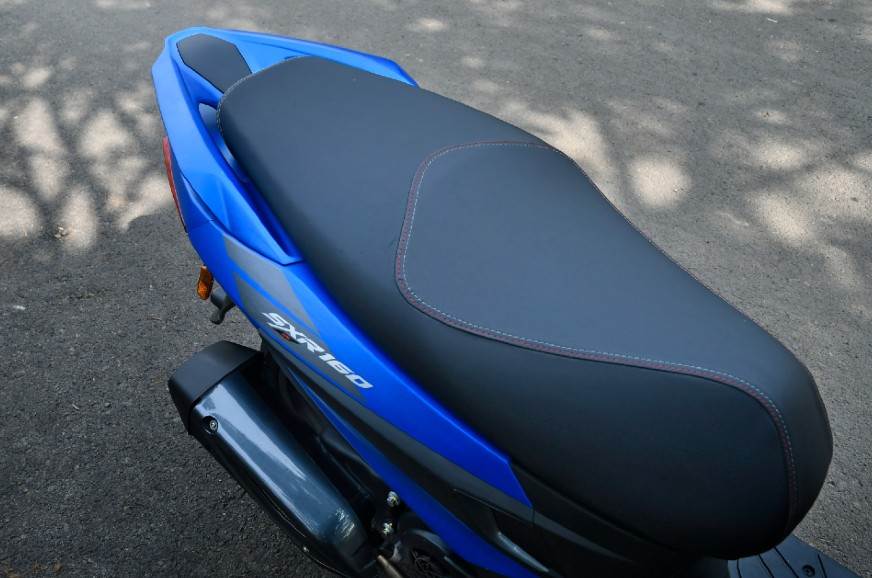 Practicality is far improved over the SR as well. The 770mm seat is 10mm lower, the floorboard and boot are both more spacious and so is the 7-litre fuel tank, which is up by 1-litre. The front apron also hides a neat glove box and within this you will find a USB charging port.

It’s all very nice, but there are some issues and missing features. First of all, the kinks in the front apron where you could extend your feet to relax (as you’d want to on a maxi scooter) are too steep, making it uncomfortable to do so. Then there’s no brake lever clasp, something we were repeatedly reminded of when parking on the sloping terrain of Lonavala. The fuel filler cap is under the boot and there’s no combination lock, so you need to take the key out to unlock the boot. As for Bluetooth-connectivity, Aprilia will sell you an accessory module, but at the price that this scooter is expected to retail, it really should’ve been standard. And then there’s the quality of the plastics…

From the outside, the SXR looks good in all four colours available, but things are different from the rider’s point of view. There are plenty of uneven gaps visible in the black plastic used for the apron and handlebar shrouds, although Aprilia says this will improve on the scooters that are delivered to customers from January 2021 onwards. Nevertheless, the quality of the black plastics could have been nicer and the same goes for the plastics used on the exhaust heat shields.

The SXR runs a familiar chassis underneath. In fact, it’s almost identical to the SR 160, and the SXR has the same main frame, steering geometry and 1365mm wheelbase, which coincidentally is massive - 8mm longer than a TVS RTR 160 4V! Clearly the wheelbase was of no concern for accommodating the SXR’s longer seat, but the rear subframe has been lengthened for the purpose. Aprilia has also reinforced the subframe to accommodate a top box that will be sold as an accessory. While the brakes and suspension hardware remains the same, the spring rates and damping have been reworked in the latter. This will be the big test for the SXR, because the hard-edged suspension from the SR would be absolutely unacceptable here. 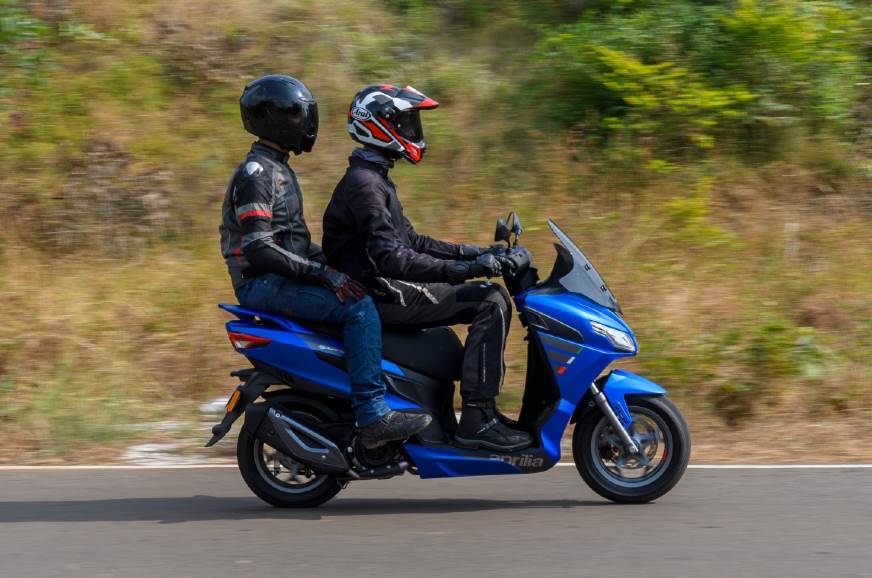 Settle into the rider’s seat and the first impression is that this doesn’t feel like a big or bulky scooter. The handlebar is set quite low, but there’s just enough room for a tall rider’s knees. The seat initially feels quite firm, but it's a comfortable unit once you spend some time on it. The SXR is also very spacious and comfy for a pillion.

Aiming it at the first potholes I can find, it becomes evident that Aprilia has mercifully tuned this suspension far better. The scooter still feels firm, but it handles potholes surprisingly well. I repeatedly found myself wincing from SR 160-induced PTSD at the sight of an approaching pothole, but the SXR conducts itself quite well. It is by no means soft, but the front end rarely gets hammered out of shape and its only absurdly sharp-edged potholes that rattle its poise. This sort of firm, but composed ride quality is perfectly fine for a scooter that wears such a sporty badge and bodywork.

Happily, the handling character is sorted as well and the fat 120 section MRF tyres at both ends offer plenty of grip. We took the SXR up some of our favourite winding roads in Lonavala and it was stable, composed and quite enjoyable with a powerful set of brakes to match. And since this has a 160.03cc motor it also comes with single-channel ABS. However, don’t expect 160cc motorcycle levels of performance.

This air-cooled 3 valve fuel injected motor is nearly identical to the one in the Aprilia SR 160, but with slightly different ECU tuning for a smoother and more linear power delivery. Our tests with the BS6 SR 160 revealed that it’s just a tiny bit faster than the quickest 125cc scooters. Considering the fact that the 128kg SXR weighs 10 kilos more than the SR, it’s likely that it will be slightly slower than its sportier sibling - something we’ll be able to confirm when it comes for a full road test. 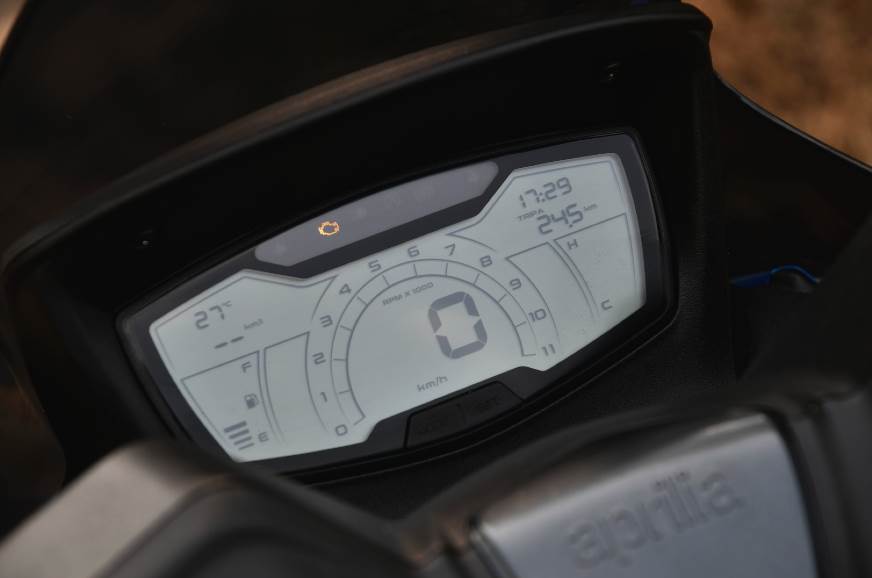 Nevertheless, what’s nice about this engine is it’s new found sense of refinement with the shift to BS6. There is some judder at idle, but on the move the motor is soothingly creamy and it feels comfortable holding a steady 75-80kph. Couple that with the composed chassis and wind protection from the screen, and the SXR will be a nice companion for longer rides beyond city limits.

I like the SXR and it is the best scooter Piaggio has to offer in India. Aside from the quality of the black plastics, there aren’t really many complaints, but the pricing is a concern. At Rs 1.26 lakh ex-showroom the SXR 160 costs nearly as much as a 200cc motorcycle.
Components like the larger engine, LED illumination, LCD display and lovely wheels do justify a premium, but is this scooter worth about Rs 41,000 more than the Suzuki Burgman Street that should have similar levels of performance? I’m certain it isn’t, but Piaggio will be quick to point out that their scooters sell on emotional appeal, not VFM. And that’s something the SXR is brimming with. 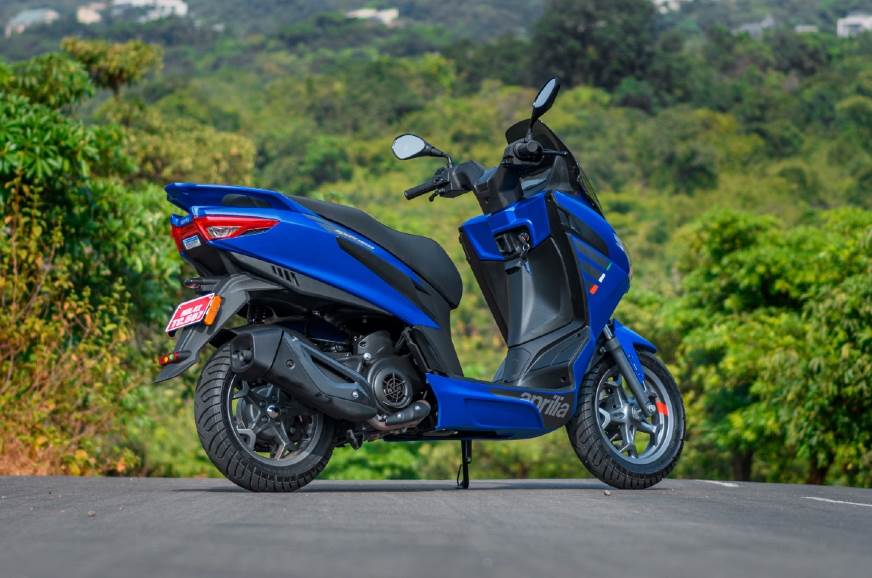 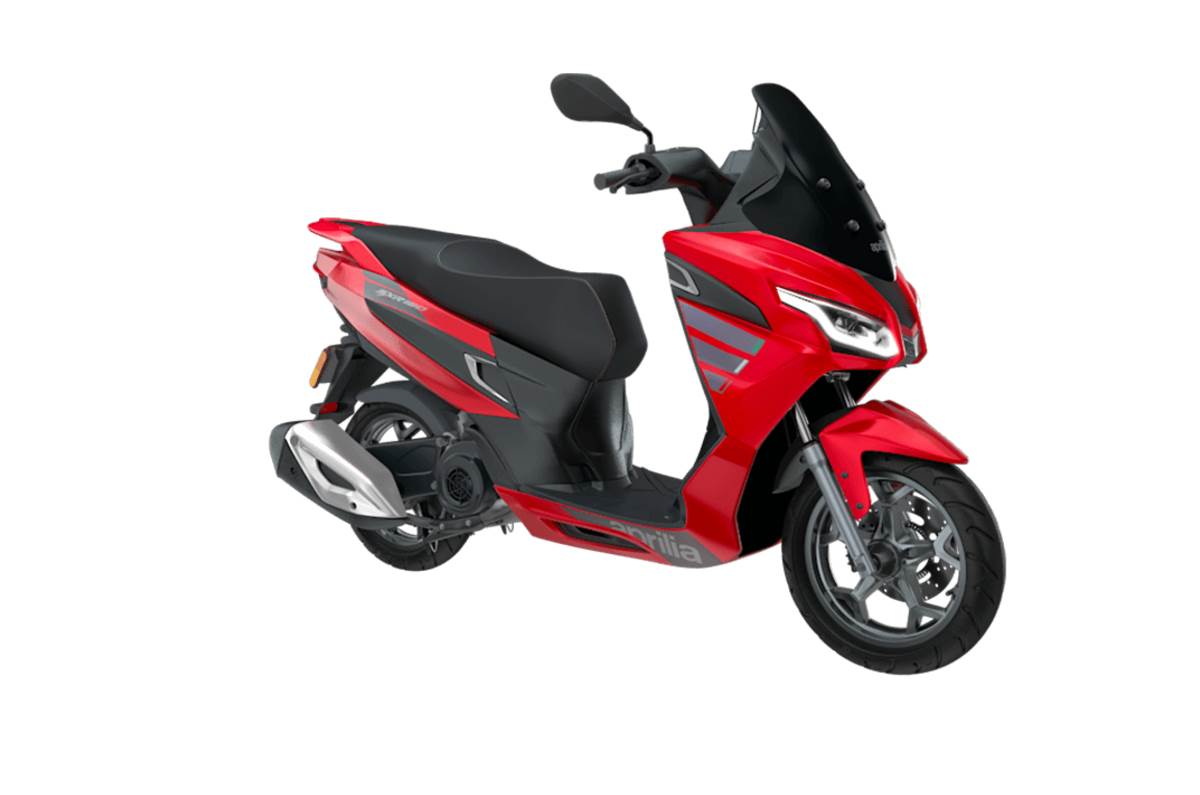 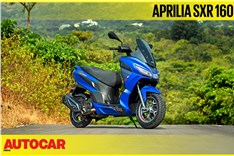